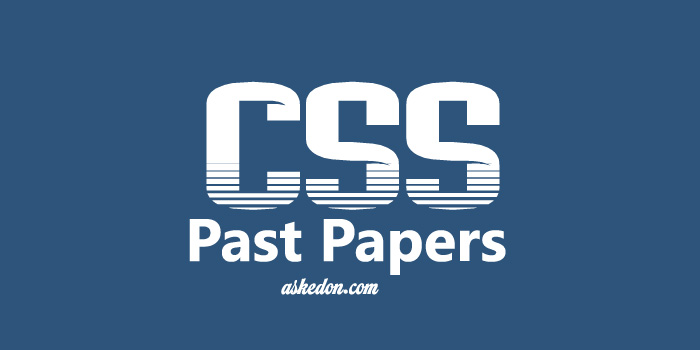 Q2. Bureaucracy and Democracy are antithetical. Bureaucracy is hierarchical, elitist, (20) specializing, and informed while democracy is communal, pluralist, generalizing, and ill-informed. Keeping in mind the quantum of expectations in Pakistan and the reality of the civic culture discuss the above statement.

Q3. Discuss the similarities and differences between the Weberian bureaucratic model, scientific management, and the “principles” approach to studying public organizations. Describe the basis of each theory and its impact on the development of public administration. Also, explain why critics contend these theories are not in tune with the “practice” of Pakistan’s public administration.

Q4. “On what basis shall we allocate resources to program A instead of program B,” is the perennial statement in public sector budgeting. Identify and discuss at least five attempts, found in the budgeting literature, used to answer V.O. Key’s famous budgeting question. Which type of budgeting system is most appropriate for public administration? Why do you feel this way?

Q5. Describe in detail the four classical types of potential market failure and provide examples of each type. What is the relevance of the concept of market failure to government intervention in the economy? Explain.

Q6. Discuss the functions and organizational structure of the federal government of Pakistan including administrative relations between federal ministries and federal bodies such as commissions, authorities, boards & state-owned enterprises.

Q7. Governmental budgets remain an area of general concern as well as controversy. (20) Considerable attention is given to taxation and other sources of governmental revenues. Discuss the federal budget process in Pakistan paying special attention to its ability to find governmental activity and help to regulate the economy’s business cycle.

Q8. Write short notes on any TWO of the following:-